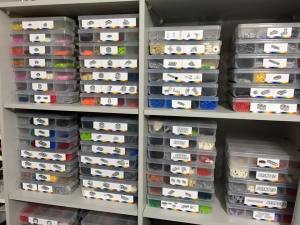 Paco from Aussie Brickster arrived in Melbourne from Mexico at the age of 19. Like a lot of Adult Fans of LEGO, Paco stopped building with LEGO for a while but returned to it as an adult once he had his own children. Since becoming an AFOL, he has become a member of MUGs (Melbourne LEGO User Group) and runs a popular Bricklink store.

Thematically, Paco prefers themes that don’t contain many sets – such as Paradisa, Monster fighters and themed City Sets. It makes it a lot easier to use them to create a great looking diorama without having to spend 1000s of dollars to buy the necessary sets. He tries to build large dioramas so he can encourage other LEGO fans to try to do the same thing. His belief is that if he shows that he can produce something large then other LEGO fans will try to do the same thing. He usually starts with the regular sets and then builds on the details to enhance the series and produce a decent diorama. 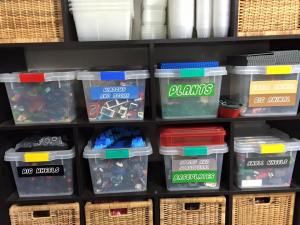 Storage options for Paco are all about consistency and efficiency. His preference is for matching storage solutions and he will regularly change his set up if he can’t locate an adequate number of a particular system. His parts are organized by type with labels to allow for easy location. Since these photos were taken, Paco has redesigned and rearranged his LEGO storage. 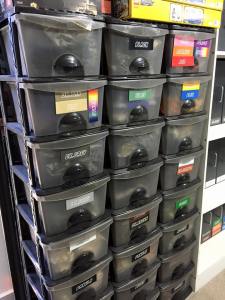 Being a LEGO fan is very relaxing for Paco. He loves sorting, fixing, building and creating. It all helps him deal with some of his personal issues. Sourcing parts can be frustrating though. Despite having his own personal 24/7 Bricklink store he finds it rather annoying to have an idea and to not have immediate access to the correct pieces in order to bring his creation to life.