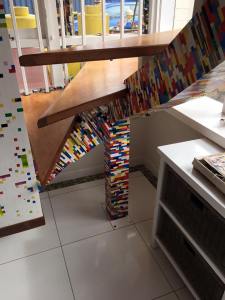 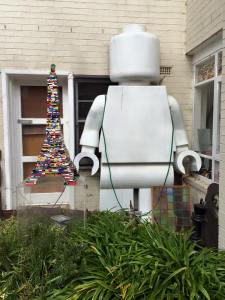 Canberra is home to Australia’s LEGO house – a home where LEGO bricks have become a decorating tool and the only limitation is the imagination of the homeowner.

Charlie and his family moved from the countryside to their current home in Canberra around 2 and half years ago. Lack of space to store their large LEGO collection was the initial impetus behind decorating their home with plastic bricks. No real planning goes into developing or creating each section though, as Charlie usually sees something that can be “wrapped” in LEGO bricks and starts building. He finds the building helps with stress relief and believes it to be therapeutic and almost meditative. In Charlie’s words, the process helps “reset” his brain. He admits he can be a little obsessed at times and may avoid other work until it’s finished. There have been times when it hasn’t worked as he thought it might so he’s pulled it down and tried something else until he gets it right. 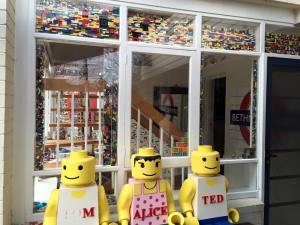 The brick letterbox, garden walls and paving featuring LEGO brick inserts are perhaps Charlie’s favourite part of his garden and house. To create the “brick inserts” he held special LEGO parties where friends and kids were each given a box of bricks and asked to make their own creation. They know who built each one and each “brick” reflects the personality of the builder. 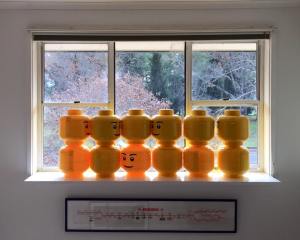 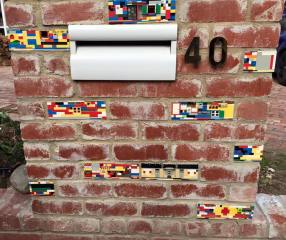 The LEGO house has many visitors throughout the year – from a few dozen a day to small tour buses and groups of local school children. On occasion, people will donate LEGO to the family so they can continue adding to the local landmark. Charlie’s wife would like the decorating to end but there are plans for a house extension that will feature at least one LEGO wall. In reality, it may never be finished. 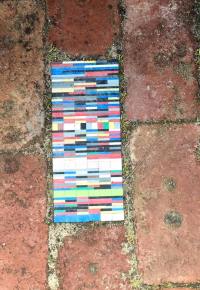 Join 386 other subscribers
Follow The Brick Room Blog on WordPress.com