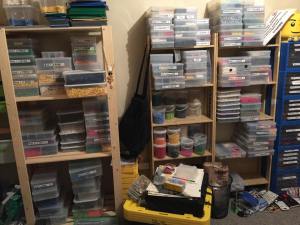 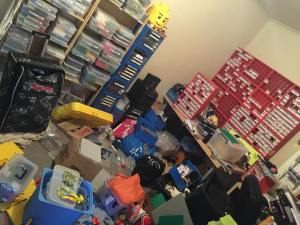 The Bionicle range in 2003 was the impetus for Tim B. of Adelaide to revisit the hobby of LEGO building. He then ventured into the Creator theme with the 4954 Town House and the Ferrari racers series. From there it spread far and wide until he decided, while boxed sets are good, building MOCs and mosaics are much more fun.

Tim describes his LEGO storage system as being very “loose”. In his words, “it’s either there or over there or maybe in that box”. Most of what he calls “standard parts”, such as plate and brick, are sorted via colour and size into Fischer brand boxes. Once the quantities exceed these containers, he moves onto 5 litre storage tubs and then 60 litre tubs for things like 2×4 bricks. Smaller parts, of varying descriptions, sometimes become sorted into small non-colour specific trays, but usually they are tossed into the “to be sorted” pile, almost never to see the light of day again. He says that while this can be infuriating at times when he is hunting for that one specific piece, it does create a fun treasure hunt scenario where he find pieces that bring back memories of when he was looking for it 6 months earlier. 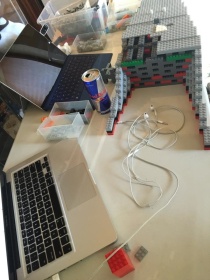 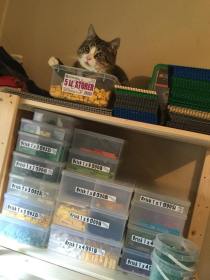 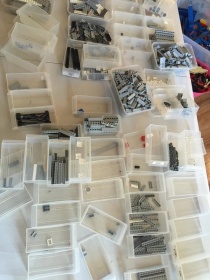 Tim’s favourite part of being an AFOL is being able to share his creations and passions for the culture that surrounds LEGO with others who are yet to experience it. Whether that person is 9 or 99, being able to show them that LEGO is so much more than a box tucked away on a shelf gathering dust is really important to him. There is nothing sadder, for Tim, than seeing a set unopened, gathering dust, just because it might increase in value and be worth more than the original purchase price. LEGO sets should be built! Buy, Build and Enjoy! To counter this, Tim’s other great frustration is not having enough parts to build the epic creations he has in his head. He always has to scale something back from where he wants it to be in order to keep it within his LEGO resources and budget.

Photos courtesy of Tim B.